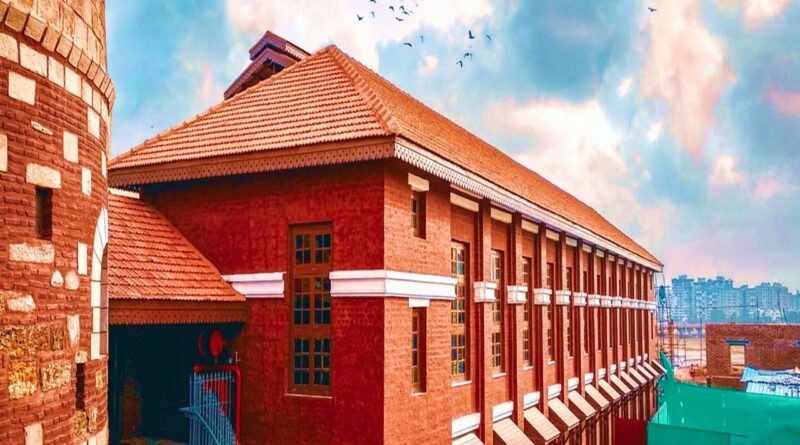 Surat is one of the fastest growing cities of Asia. It seems as Surat, is gaining popularity in the recent past in areas of city development, cleanliness, business and trade. However, the history of Surat is richer than it is known for. Surat flourished in the 16th century, equally as it is in today’s time. Surat Fort (Quilla) is one of many heritage sites in the city, which whisper the story of the past silently. You must need good ears and some peaceful time to know and feel the richness of the history of Surat.

The Surat castle is one of the ancient monuments of 16th century existing in the city and bears a significant relevance to its history. However, such a great fortification built to provide the citizens of Surat with an adequate defence against the attacks of the invaders seems to have been forgotten from the minds of the present generation. The Ahmedabad king Sultan Mahmood-III (1538-1554), who was very much annoyed by these frequent destructions of Surat, ordered for building a very strong castle and entrusted the work to Safi Agha, a Turkish soldier who had been ennobled with the title of Khudawand Khan. The work of building the castle was completed in 1546. (source SMC) A Portuguese traveller named Barbosa during his visit to Gujarat in 1514 has described Surat as a city of great trade in all classes of merchandise, a very important seaport yielding a large revenue to the king, and frequented by many ships from Malabar and many other ports.

The height of the Fort wall was 20 yards and 15 meters wide at each corner there is a large round bastion having 12. 2 meter height and the thickness of the wall was 4.1 meter

Restoration work carried out by Surat Municipal Corporation is going on in full force. Currently the Castle is open for public, with it’s new redefined look and most of the Castle work is completed.

Various Galleries in the Fort Ticket Rates and Timings of Visit

Mugal Sarai ~ Mughal Sarai, the Building which is used at present as an office complex by Surat Municipal Corporation (SMC) is one of the ancient monuments of Surat city and was built originally as a ‘Sarai’ or Musafarkhana (travellers’ inn). It was built during the period of Mugal Emperor Shah Jahan in the year 1644 A.D. and was popularly known as ‘Mugal Sarai’. During 18th century the same building was used as jail. Since 1867 the building was occupied by the present corporation. 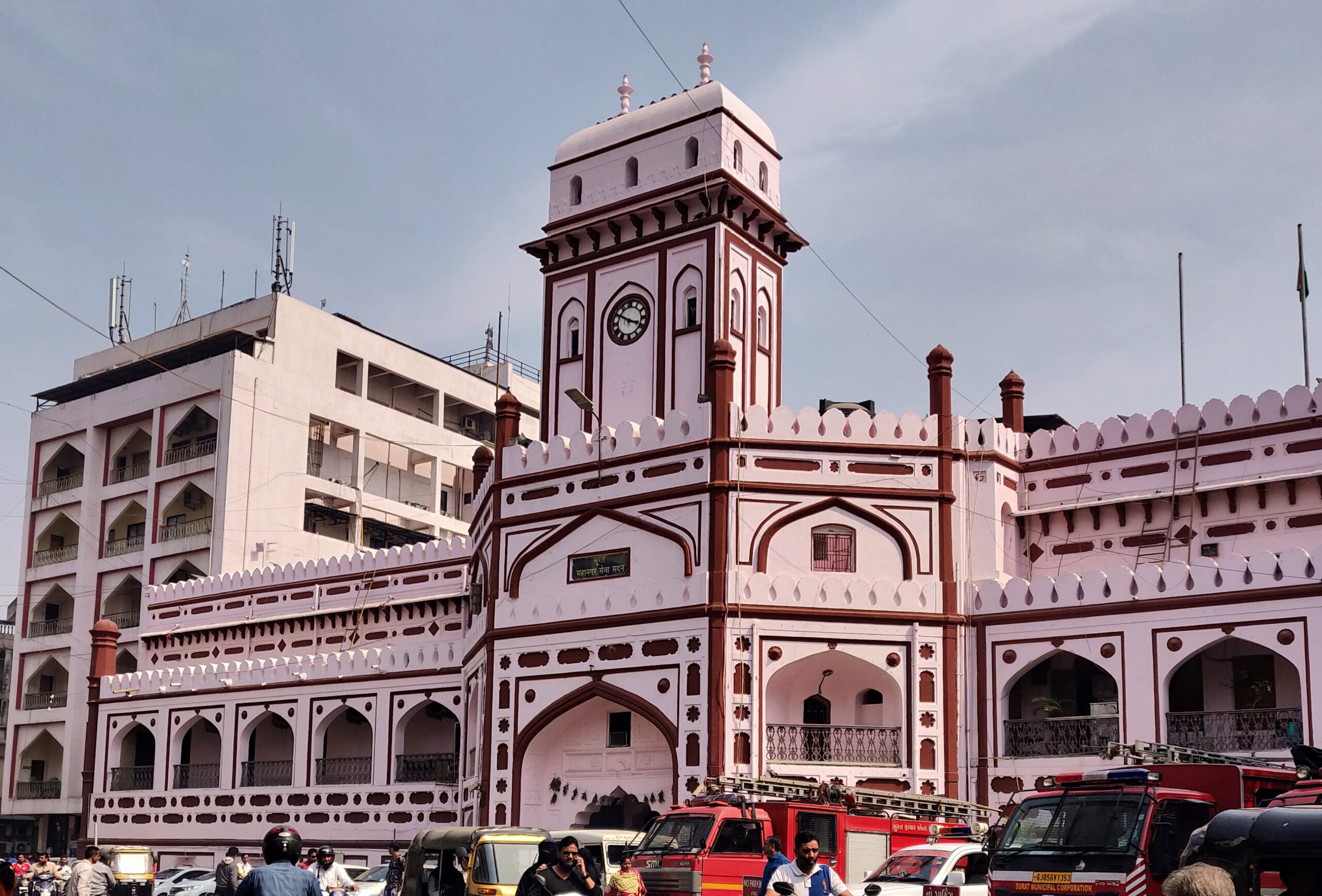 This building with its considerable architectural qualities as disposed by the skilful composition of its various parts combined with harmonious combination of arches, cornices, decorated parapets, sculptured patterns on the exterior facade etc. each being disposed in an artistic and effective manner upon a sound foundation with coherent strength is still intact and is in a very good state of preservation. Yes.

However, some changes are made lately in the original building but due care is taken so as not to harm the overall harmony of the structure. The central courtyard which at present is used for parking vehicles of the employees of the corporation still have huge trees in it hosting a wide variety of birds, giving it still the same touch of nature which it would have once enjoyed.

The Building which is used at present as an office complex by Surat Municipal Corporation (SMC) is one of the ancient monuments of Surat city and was built originally as a ‘Sarai’ or Musafarkhana (travelers’ inn). It was built during the period of Mugal Emperor Shah Jahan in the year 1644 A.D. and was popularly known as ‘Mugal Sarai’.

The detail description about the sarai was inscribed on two marble stones each 3.65 m long which were being placed at its entrance gateway itself till middle of the 19th century. But later on they were negligently dumped in one of the rooms of this sarai and were left unattended for quite long time. Thanks to the efforts of Mr. A.D. Banerjee; an officer of Archaeological Survey of India, that these inscriptions were transferred to the Prince of Wales Museum of Bombay in 1929 and history of Mugal Sarai could thus be preserved there.

The description was inscribed in the Arabian script by Mohammed Amin of Mashahad, the translation of which was published in 1925-26. According to these inscriptions it was stated that though this building was built as sarai during the rule of Emperor Shahjahan in the name of Almighty Allah it was in fact believed to be a heaven during those days. In the last line of the script the year of construction of the sarai was also mentioned.

The instructions regarding the usage of this sarai were inscribed in small sized letters in the margin space of the article. It was mentioned that no rent shall be levied from persons like learned scholars, and pilgrims going to Macca and Madina and any other sacred or religious individuals intending to halt in the sarai, and the allotment of rooms to the soldiers in this sarai shall be strictly prohibited.

It was also instructed that the income from rent charged to the travellers other than those specified above shall be used for maintenance and repair of the building; wages of watermen and sweepers; purchasing fodders for animals, and rest of the income should be donated to the pilgrims going to Macca-Madina.

This sarai was built by Eshak Beg Yazdi who was initially a chief guard for the family of Begum Mumtaz Mahal and was later on appointed as a leader of the fleet of about 1000 horse-riders. He was honoured as Hakikat-Khan in 1673 and was since then popularly known by that name only.

The Emperor Shah Jahan used to give the entire revenue earned from the Surat port to his daughter Jahan Ara in order to meet her daily expenses. The management of this income was being done by Hakikat Khan who also became the chief officer of the Surat city from 1640 and during that tenure itself he built this sarai (1644). It is said that he had built it on the basis of same planning principles as that for sarais of Esfahan.

During the period when this building was in the charge of Britishers it was utilised for storage of military weapons and also as a prison at later stage.

On 23rd April 1852 Collector Rozers incepted the Surat Municipality with its office in the building of Head Post Office, Nanpura.

Later on the Mugal Sarai was handed over by the government for using as a Municipal Office complex in the year 1864 at the instance of the then President of Surat Municipality Mr. T.C, Hope and it was then renovated at a substantial cost. The clock tower at its entrance was added after this only.

The offices of Surat Municipality were shifted to this monumental building in the year 1867. Since then it is used for the same purpose by SMC and the area in which this building is located is still known as ‘Mugalisara’. 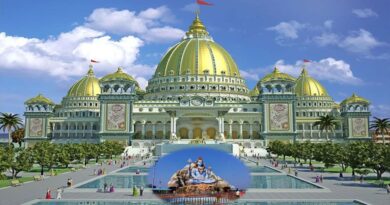 TOURIST ATTRACTIONS IN SURAT – PLACES TO VISIT IN SURAT 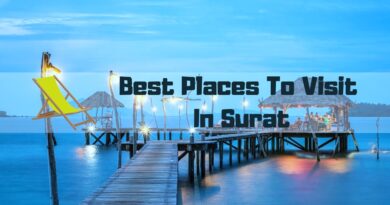 The Surat Diaries – Everything about Surat, Gujarat, India 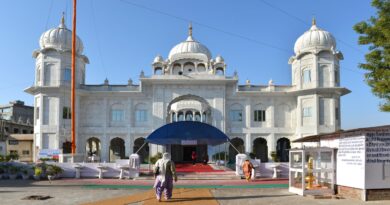