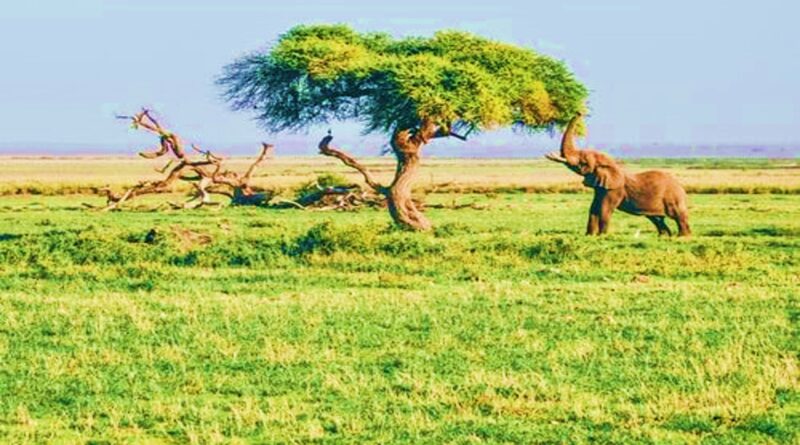 A journey of a year, repeated until eternity. Elephants in central and east Africa take a migration from their homelands to islands in the east during the summer. To save themselves from the scorching heat and find water they travel hundreds of miles over weeks to reach a place for stay during the difficult times. Once the season changes and monsoon arrives in their homelands they take a return journey. Amidst the travel and return they go through various difficult terrains, hurdles, dangers and challenges. They overcome all of them one by one by sticking to the herd and following the Matriach, the leader of the group, often the eldest female. By going through various aspects of the journey undertaken by the Elephants every year, we can understand about life more than we would in our own life time.

The journey that begins before birth. Every year Elephants take migration from their homelands to other greener areas during the summer. This journey is one of the firsts for many while it is one of the so many for the Matriach. Elephants stay in groups like us. They follow a hierarchy and family system. The group is led usually by eldest female elephant called as the Matriach.

Initial days. Early on the Matriach guides the herd to move on from their homeland and follow her. As the water in the sanctuary starts to dry off, it creates puddles of mud and Elephants love to play in the mud. So as they arrive it’s a clean source of water and by the time they leave it becomes a slumpy muddy ground. But only the Matriach knows the difficult of starting late and being stuck in nowhere. So she ends the party and asks them to follow.

No water. Scorching heat. Little green. The herd follows the Matriach. The group is made of many female elephants and young elephants. Some elephants are born during this Exodus. Grown up male elephants leave the group to start their own life. They are the bull elephants. They fight to mate and live. Living without a group is a difficult experience in wild for some animals. As they continue their journey and move out the sanctuary, the green cover goes on reducing. Matriach makes some stops at places she feels there is some shade and good source of protein and little water in the leaves or plants. But the stop is not for long. Soon they have to continue walking one behind the other.

Memory map. Survival of elephants depend on the leadership of the group. The herd with an experienced Matriach has safety net. Elephants have strong memory. They remember the landmarks, path and faces. By locating the landmarks the Matriach continues to move ahead in the journey. And by training the other elephants about the important spots. Often the eldest elephant has gone through various experiences in life and is aware of every water hole in the vicinity, sometimes of the only water source in the season is known by them.

Danger of crossing the river. When you are travelling as a group together, you must consider your weaknesses. To cross a river, you must estimate the depth before reaching the middle of the river and also look for any predators like crocodiles around. You have to safe guard your young ones and swim them through the river. Moving across different terrains is one of the eminent challenge in migration. Matriach has taken various trips in life and has experience of crossing rivers during different times of the year. She decides when to cross and if there is a need to hold on. Such wise decisions in our life comes through experience and having a vocal family and community which shares learnings and knowledge with transparency can help us repeat the same mistake of our yester generation.

Reaching the greenlands. Price of migration. Once you cross all the hurdles in your path, your reach your destination. The land of the green with lots of trees and plants. You choose to stay here for the next few months until the summer is about to be over. During this time Elephants enjoy eating and resting in the lush. Young elephants play in the surrounding. Life looks like a heaven. But it only lasts until it’s time to move again and go back to the place you have come from. This is like you going to a foreign land or a different city for work or business and thrive there. But you choose to come back often to your hometown.

Elephants are known to take care of orphan elephants as their own. Female elephants milk the young ones of a distant relative who is no more.

After enjoying the lush and green, it’s time to go back. It may seem when we are in a state of Bliss that there is nothing more to life then enjoying it to the fullest. But as the Matriach knows, so must you, when it’s time to move. If you start late you will not make in time for monsoon. If you start too early then you will risk losing someone of dehydration. The critical time to move lies in the times when you are completely lost in the fun. And only the leader will guide through the critical decisions.

Danger of the predators. The return journey is accompanied with its own challenges. You may go back the same route but things are never going to remain the same. By the knowledge passed on by generations of migration, it becomes clear which path is safer and appropriate as per the time of year. In past, there might have been encounters of lose or mistakes, the survivers become the leader and they improve upon the previous journeys and decisions. Hence the eldest female of the herd, is the most knowledgeable and compassionate of them all, because she has seen all kinds of challenges, troubles, loss, happiness and encounters. By taking a path through the territory of the Lions, elephants risk themselves, but it seems to be the closest way to reach home.

Arrival of death. Many a times during such journeys through the wild for migration and teaching their next generation, comes with a price. The price is losing some of your own kind. Sometimes it’s the young killed by a predator or being washed away in river. Even though elephants are deeply protective of their young ones, they do have their fair share of remorse. Elephants are known to take care of orphan elephants as their own. Female elephants milk the young ones of a distant relative who is no more. Far supersedes the deeds of us humans in many cases. We must learn to be compassionate and kind like elephants with no selfish motive.

After death. Life goes on. New Matriach. If the life cycle of a Matriach comes to an end, she lives quitely while performing all her duties. Sometimes while protecting the herd while other times when she can’t walk anymore because of her age. When elephants encounter death of family member or distant relative, they mourn over the loss. They gather around and pay respect to them by touching with their trunk. They grieve over the loss. They are believed to shed tears for long time. Elephants recognize each other well. They also identify other species like humans and remember them for many years. The loss of a Matriach, means the rise of a new female. She has to take up the responsibility of the herd. Often she is accompanied close to the Matriach since many years for getting trained in taking care of the herd, making the decisions, keeping an eye on the young as well as confronting any dangers that come in their way.

Leadership continues. Being close to one another, elephants learn from the old and pass on the knowledge to one another. They are perfect example of strength in group. When a new female takes over the charge of the group, she has already been trained for the job. In unfortunate conditions this may not be the case, but in usual situations, elephants are preparing next Matriach in the calm, wise, smart and capable female. When it’s time, she takes the role of leader and protector. She takes decisions just like her elders. She learns by her mistakes too but quickly bounces back to better at what she does. And the Matriach continues.

Return to the homeland. Arrival of monsoon. When the herd reaches homeland just in time for Monsoon, it is the best time for them. They feel the energy, vibe and excitement to run. They follow the wind and rush as fast as they can. It is like the child running home after school. It is like a youngster coming back to his hometown from hostel. It is like a parent coming back from foreign land after years. You cannot stop yourself. Home is calling you and you want to be there soon. When it rains, they jump in the water, swim, play, bathe and drink until their hearts fill. They experience the feeling which is same as climbing a mountain and getting water at the top.

By taking migration every year they go through so many things over and over again with some new members joining the group, while missing the old who have left them. Going through the journey of migration by  is like going through over own. It is a journey of love, survival, leadership, decisions, difficulties, dangers, resilience, knowledge and family. They are just like us or may be we are like them, yet to become good at what they are like.

If you like to know more about  then watch following episodes about Elephants and migration. 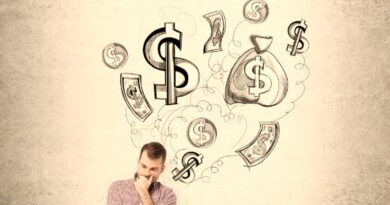 YOU ARE POOR IN YOUR THOUGHTS AND NOT BY MONEY 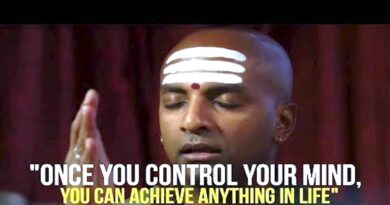 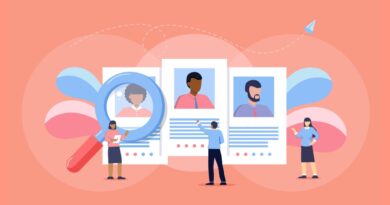 HOW HISTORY HAS ALWAYS BEEN RECRUITING SKILLS AND TALENTS